Generously funded by the Craig and Kathryn Hall Foundation

The Fulbright-Kathryn and Craig Hall Distinguished Chair for Entrepreneurship in Central Europe is a flexible combination of teaching and research at the Vienna University of Economics and Business (WU) that entails teaching two courses (classes meet once a week for 90 minutes) and guest lectures (or one course as a guest lecturer) at another university in Central Europe affiliated with the host institution in the scholar's area of expertise, as agreed with the scholar.

This teaching and research grant is open to associate and full professors.

All applicants must have US citizenship. (Having a US green card, permanent residency, or a residency permit is not sufficient.)

Instruction is in English. Some knowledge of German is advantageous for Fulbright scholars but not required. 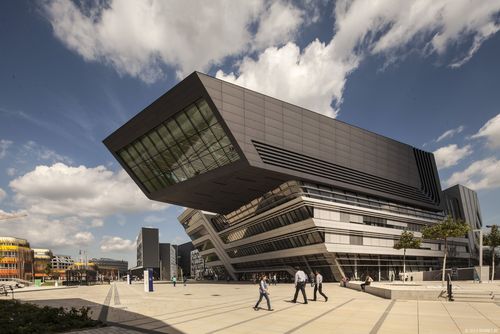 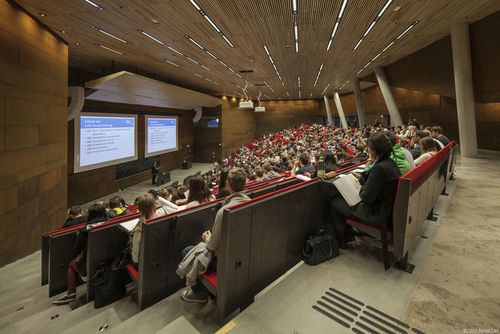 The IIE catalog with the official grant text is no longer available.

I loved my time in Vienna [...] It was simply an amazing experience academically and personally.

History of the award

The Fulbright-Hall Distinguished Chair—which is among the most generous awards available to US scholars under the auspices of the Fulbright Program— was established shortly after Kathryn Hall completed her tenure as the US ambassador to Austria (1997–2001) and was informed by Craig Hall’s interests in entrepreneurship and the special challenges economies in transition have confronted since the collapse of communism. It initially "floated" between Fulbright commissions in Central Europe over a five-year period, starting in the 2004–05 academic year from Poland to Bulgaria, followed by a split-site appointment in Vienna and Bratislava before moving to the Czech Republic and Hungary.

As of the 2009–10 academic year, Fulbright Austria suggested that the Fulbright-Hall Distinguished Chair for Entrepreneurship be anchored at the Department for Entrepreneurship and Innovation at WU for three years combined with guest lecturing in Central and Eastern Europe to give it a regional presence, and the success of this collaborative arrangement has encouraged the trustees of the Craig and Kathryn Hall Foundation to extend this relationship.

Recipients of this Fulbright grant