Wherever I find myself later this year, next year, or more down the road, I will remember this story and the many my year as a USTA has provided.

When Austria and much of Europe began to slowly open up after Christmas, friends from my CrossFit gym and I began to plan some activities for the upcoming year. The first on our agenda was a trip to Budapest. On the last weekend of March, we piled into a few cars and made the short drive to one of Europe's most beautiful capital cities.

The entire trip only lasted two days but was nonetheless memorable. We strolled much of the city, taking in the must-see sites, historic locations, and hotspots. On Saturday evening, we went to an authentic Hungarian restaurant east of the city center. The small restaurant's staff was undaunted by this metropolitan group of English/German/Portuguese/Spanish speakers and seated us at their largest table in the back of the restaurant. As chronic CrossFitters, we did not fit fully into the two booths, so I took a seat at the end of the table and tried my best not to crowd the narrow walkway behind me. 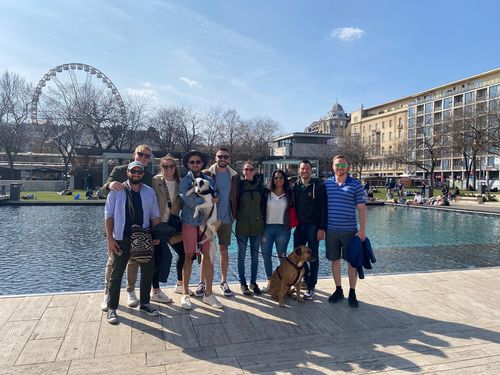 Jack and his friends pose for a photo in Budapest.

The food was delicious, large, and filling. If I ever get stranded in a desert, I hope the first place I stumble upon is a Hungarian restaurant. Breads, potatoes, sauces, spices, cheeses, meats, and veggies—it was one of the heartiest meals I have ever had. Near the end of the meal, we began to peck at each other's plates and confer which meals were the best. I cannot recall the last time I ate so much!

As the food fatigue began to set in, conversations strayed in erratic directions. Suddenly, Caro took Eric's hands and exclaimed how swollen they were. The hearty mix of salt, carbs, and alcohol had bloated his hands. We compared his hands to the small shot glasses and wine glasses in front of us and to Wastl's hands. The stark contrast threw us into hysteria. Ale, Caro, and I began crying in our laughter. I began to double over and dance in my seat as my sides clenched with fits of laughter. I was glad none of the dinner found its way back to the table. The next day, I could feel my stomach as if I had completed a brutal ab workout the day before.

Such an extraordinary laugh called for memorialization. Caro took a picture comparing Eric's bloated hands, the glasses, and Wastl's hands and set the photo as our group chat's profile picture. The moment will live on in each text we send each other.

Though not in the classroom or with fellow TAs, this experience was only possible because of my opportunity in the USTA program. Wherever I find myself later this year, next year, or more down the road, I will remember this story and the many my year as a USTA has provided. 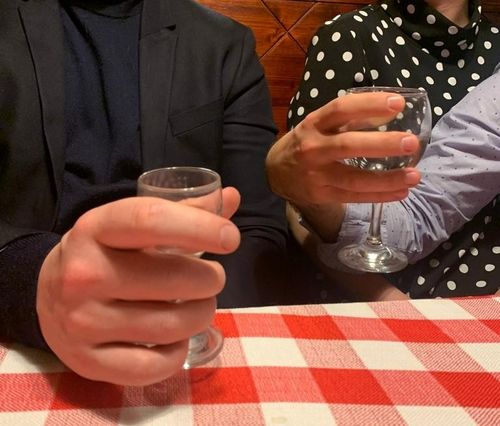 Jack Flesch worked as a US teaching assistant in Vienna during the 2021–22 program year.