An Austrian scholar at Harvard

Back in high school, I was at one point holding a glossy brochure of Harvard University in my hands, which I had ordered by mail. I dreamed of being there one day: studying with famous professors in venerable lecture halls, strolling through leafy courtyards, and living in one of those distinct red-brick buildings. The cover pictured the statue of John Harvard, the famous sponsor and namesake of Harvard University. 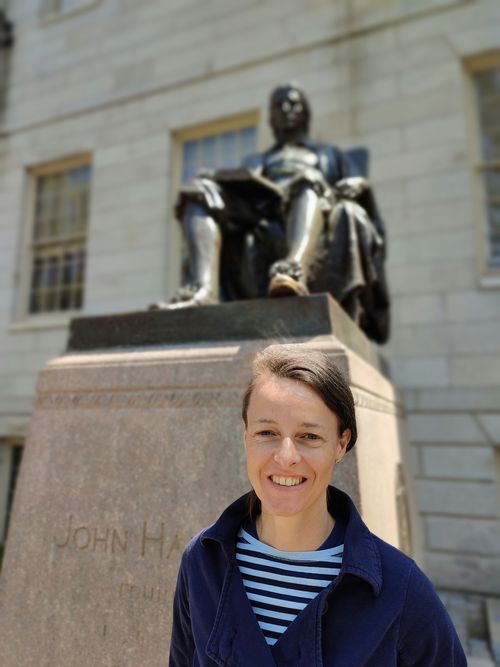 I did not imagine then how I would end up right at this place almost 30 years later: as a Fulbright-Botstiber Visiting Professor of Austrian-American Studies. As such, I can confirm that the expectations of my younger self would not have been disappointed: this is an inspirational place, one with lofty aspirations, abundant food for thought, and filled with scholars and students who are among the brightest.

In the short time since my arrival, I have already had a number of memorable experiences. As an example, I will list a few very personal (and not necessarily representative) impressions of life at Harvard Kennedy School, the Harvard Faculty of Arts and Sciences, and joint events at the Massachusetts Institute of Technology. Here, in densely packed seminars, presenters are a line-up of top researchers in the field that go right to the core of their subject matter. There are no ceremonious introductions (everyone knows them anyway). Questions are asked on the spot and cut to the chase. For a lot of the people, it seems to be true that they both think fast and talk fast. They have substantial things to say—and so many substantial things to say. Faculty and research fellows are generally very friendly and open; they love to talk about their work and ideas, and when they do, they usually get really excited. Students have an air of confidence and assertiveness: they are going to be successful and influential—or they have a good chance to be, anyway. This is particularly true for the Kennedy School, which is where I am situated. The school is proud of its graduates, many of whom have moved on to become political leaders, for example in the US Senate or their native countries (such as the Moldovan president, who will give the commencement speech here this year). The school’s motto is exemplified by the well-known John F. Kennedy slogan, part of which is emblazoned at the entrance that I pass every day: “Ask what you can do.”

This motto fits the focus on problem solving that I find so valuable and characteristic of much of the research that people pursue here. Many researchers are not only highly creative and analytical thinkers but are also determined to dedicate their mental capabilities to improving the lives of others. In particular, I cherish their way of focusing on what is possible rather than on what (or why it) is not. This helps them tackle the economic, social, and political challenges of our time, of which there are many. Climate change, the COVID-19 pandemic, the war in Ukraine, and the future of work were all on the agendas of numerous recent events and debates that I attended. Perhaps the most salient topic discussed was the problem of inequality and its effects in many areas, ranging from the global economy, health systems, job markets, gender, political representation, and education. The latter is, of course, an issue that also concerns top institutions of higher education such as Harvard directly: only around 15% of Harvard students come from families without college education.[1] They are called “the first generation” and are likely to be among those who benefit most from Harvard. I certainly have benefited from my visit immensely, and I am intent on taking some of the energy of this place with me when I return. Thank you to Fulbright and everyone at my host and home institutions who made this possible!

Karin Mayr-Dorn is an associate professor in the Department of Economics at Johannes Kepler University.