This award was conceived to promote and foster understanding of the relationship between Austria and the US.

Please keep the following in mind when completing the application:

Step 3 Documents:
No English proficiency test or TOEFL is needed.

Step 4 References:
Please register your three recommenders in the online system. They will be sent an email providing instructions on how to upload their letter of reference via the online platform.

Applications can only be submitted online using the IIE platform. Before starting your application, please read through the information provided on on this page.

The purpose of the Fulbright-Botstiber Award in Austrian-American Studies in the United States is to promote the understanding of the historical relationship between Austria and the United States. Therefore, it is open to all scholars of Austrian and American studies whose project proposals contribute toward this objective in a combination of teaching and scholarship. Fulbright Austria and the Botstiber Institute for Austrian-American Studies (BIAAS) are particularly interested in soliciting applications in the fields of history, the social sciences, economics, and law but also welcome qualified applications from other disciplines, including but not limited to literature, music, and the arts.

Project proposals require a detailed letter of invitation from potential host departments and/or institutions, the quality of which is among the most important criteria with regard to evaluating grant proposals.

Flexible combinations of lecturing and research are conceived to allow Fulbright-Botstiber scholars to reach out to students and to simultaneously make scholarly contributions in their disciplines.

Awards may also be conceived to develop new or to promote existing institutional relationships. 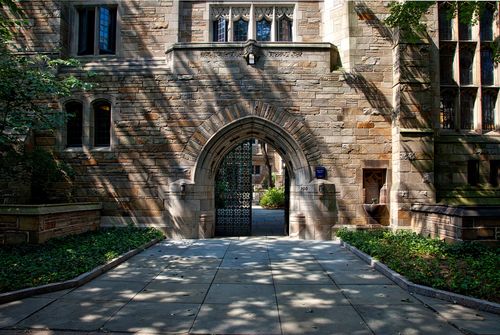 A flexible combination of teaching, advising students, collaborative research and/or enhancing institutional collaboration that entails teaching or team-teaching one or more 90-minute (i.e., two Austrian academic hours) class sessions per week. The format, content, and level of the individual courses (advanced undergraduate and graduate), associated activities, and research focus are negotiated on a consensual basis with the host institution, contingent upon the grantee’s interests and expertise and the host institution’s needs.

In partnership with the BIAAS, Fulbright Austria provides grantees with a maintenance grant of $20,000 ($5,000 per month for four months), a health and accident insurance policy with a maximum coverage of $100,000, and a lump-sum travel grant of €1,500.

Applicants must be Austrian citizens in order to be eligible. Qualified junior as well as senior faculty from accredited universities and post-secondary institutions may apply. All applicants should hold a doctorate and, ideally, already have at least five years of experience teaching in a university/post-secondary setting.

All applications are treated confidentially. Fulbright Austria representatives review and rank submitted applications, and finalists are notified of the status of their applications in late January or early February.

The experiences I had during my time as a Fulbrighter were highly enriching to me, both from a professional and a personal perspective. During a comperatively short period of time, I gained insights into a vast range of new topics and methods while making important new contacts, many of whom I refer to as friends.