Maria Alejandra Baetti, the 2008–09 recipient of the Fulbright-Diplomatic Academy Student Award, recounts her experience both during and after her program year.

If someone had told me in college that I would spend the majority of the decade ahead in Vienna, Austria, I would have thought they were crazy. Born in Rosario, Argentina, and raised in the suburbs of Atlanta, Georgia, I grew up speaking Spanish and English. I also studied French from middle school onward, encouraged by my Francophile mother, and I had considered learning Italian because of my family’s Italian heritage. German, on the other hand, had never been of any interest to me. Cold. Harsh. Abrasive. These were the words that came to mind when I thought of not only the German language but also German and Austrian culture and people. Things I honestly knew almost nothing about and had very little exposure to. What I did know about Austria was confined to a brief study of World War II in high-school World History and the movie The Sound of Music—an iconic film that, ironically, most Austrians have never even seen. My college counselor and mentor had encouraged me to apply for the Diplomatic Academy-Fulbright award focused on international studies, and my passion for learning and adventure led me to pursue it.

So it was with a superficial and vaguely negative impression that I came into my Fulbright year in Vienna in the fall of 2008. But I was very eager to explore, learn, and meet new people; I was ready to have my mind changed. I had received a joint grant from Fulbright and the Diplomatic Academy of Vienna (DA), a grant that allowed me to focus on my studies 100% of the time with no requirement to teach or do independent research. I was to live in the DA’s dorms, located in the academy building itself, and that is directly where I went upon landing on the gray and drizzly Sunday I arrived. I had flown in early to participate in the Fulbright orientation, so there were no other students in the dorms. I had also been told—and clearly observed on my way from the airport—that Sundays were a day of rest in Austria that was taken pretty seriously, so no shops were open. It felt like a ghost town. I let myself into the historic DA building, stumbled through the dark, vacant halls with my oversized suitcase, and went straight to my room where I burrowed, anxious and excited for what was to come. 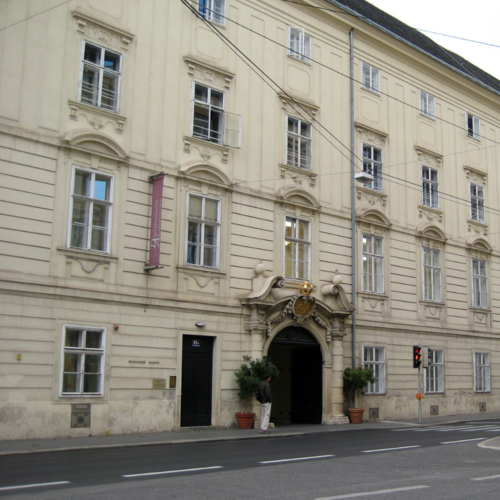 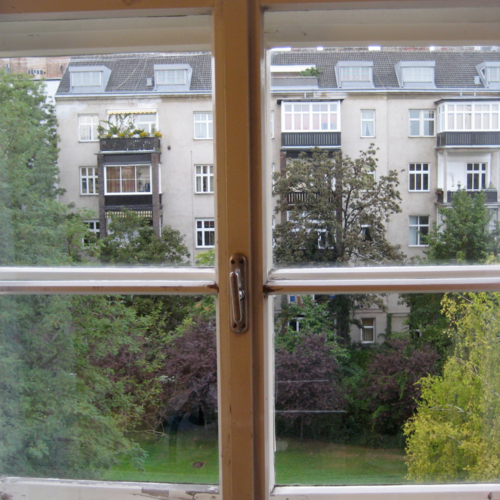 The Fulbright orientation was a great introduction to Austria, and I got to meet the many other Fulbright students, scholars, and teaching assistants while touring the beautiful Wachau Valley. I began to learn about the long and rich history of this country that I had never heard in my years of schooling. Having been exempt from my history and political-science requirements through Advanced Placement exams, I hadn’t taken any classes related to those two subjects in college. I felt like a door was opening to a world I had just been ignoring. Once classes started, I was fully immersed in life at the DA, but it felt nice to have a community of Americans I could connect with and Fulbright events interspersed throughout the year. My social experience with the DA kicked off with a hike through the vineyards around Vienna, where we chatted, drank wine and Sturm, and ended the day sampling typical Austrian foods at a cozy Heuriger.

Hikes, parties, making friends, traveling around, I could write about those experiences all day; but alas, my Fulbright year was about more than just having fun. I had enrolled in the Diplomlehrgang, a one-year study program geared towards Austrians preparing for the foreign service. It was intensive and dense, requiring that students speak at least two of the three program languages (German, English, and French) fluently and be learning the third. Having minored in French and studied abroad in Lyon my senior year of college, I was comfortable with my level in that language, but my German was nonexistent. In the United States, being trilingual was quite a rarity, and people were often impressed by that. But in my classes at the DA, there were people who could speak five, six, even seven languages! Lectures, essays, and exams in political science, history, international environmental law, economics, and languages were very challenging, but I was learning an incredible amount in such a short time. With pride, relief, and exhaustion, I managed to get through the program with distinction. However, the prestigious Diplomlehrgang was unfortunately not widely recognized in the US. I made the decision to continue my studies at the DA by transitioning into the second year of the Master of Advanced International Studies (MAIS), a sister program of the Johns Hopkins School of Advanced International Studies and therefore recognized in the US. This second year at the DA included an internship at the United Nations Office on Drugs and Crime, a thesis in economics, and more bonding with my classmates from all over the world. What I see as one of the most beneficial parts of my time at the DA was not only what I learned, but the people whom I learned with. The discussions we had and the personal stories we shared after class are what stuck with me, and in some cases, they changed the way I see myself.

In the United States, being trilingual was quite a rarity, and people were often impressed by that. But in my classes at the DA, there were people who could speak five, six, even seven languages!

After earning my master’s degree, I wound up staying in Vienna for another six years. Those years included a job with an international non-profit, teaching Spanish and English for Berlitz, waitressing at a gastropub, working for a program of the European Union, and finally a career transition that included earning a degree in graphic design. Turns out Vienna is a very comfortable place to live! (If you don’t believe me, just take a look at how it fares in the rankings of the best cities in the world). By the end of my stay, I spoke German fluently, and it no longer sounded or felt cold and harsh to me, especially not with the variety of Austrian dialects and Viennese slang I now understood. The community I had found of both expats and locals had made me feel truly integrated in this once foreign country. And yet, with each passing year, I heard that little voice in my head asking me when I would return home get louder. 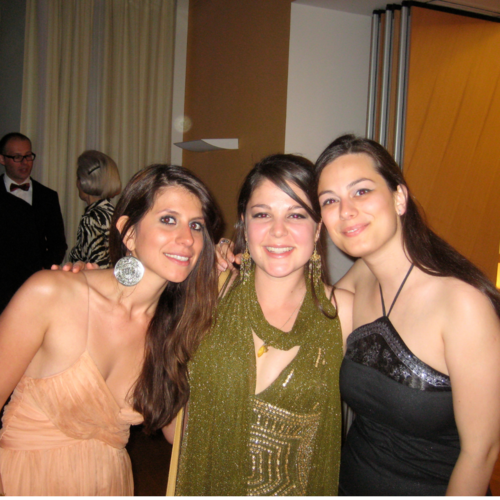 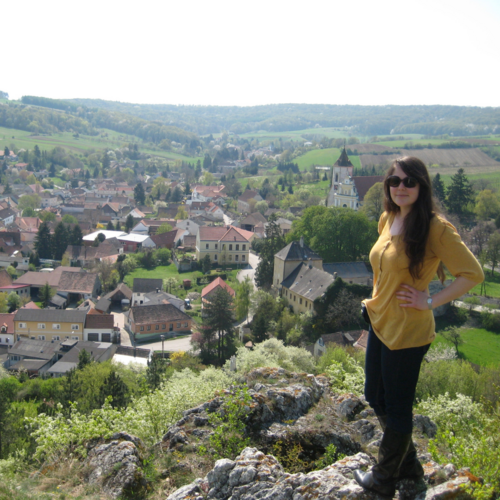 Growing up in the US as a woman and an immigrant, particularly in the South, my views were often considered very liberal. While I’ve always been proud of being American, I never shied away from openly critiquing (and in some cases fully opposing) some of our government policies, both at home and abroad. But the more I studied, met people from around the world, and lived away from home, the more I realized that every country has its problems. I even noticed myself getting a bit defensive when people were overly critical of the United States at times because I really do believe that despite the problems, it is a truly great country. That said, great doesn’t mean perfect or “the best.” There are so many things that the US could learn from Austria and Austria from the US. So many things that both countries could learn from other countries in the world.

There are so many things that the US could learn from Austria and Austria from the US.

The differences in the approach to education, healthcare, entrepreneurship, work-life balance, etc. became ever clearer, as did the need for cross-cultural understanding and the ability to learn from each other. Ultimately, in 2016 I made the difficult decision to move back to the US to be closer to my family. The years I spent in Austria shaped me in more ways than I can count, and there are still a lot of things I miss about Vienna. The friendships and ‘chosen family’ that I made stand out of course, but also the public transportation, safety, access to cultural experiences, and social system that make a high standard of living available to everyone. They are things that continue to motivate me and inspire me to strive for change in the city I live in now, in Atlanta, in my state of Georgia, and in the US as a whole. When I think back to my younger self on that first night in Vienna, waiting alone in that big academy building for the future to happen, I smile thinking about all the learning and growth and adventure that was to come. For that, I am truly grateful for the Fulbright Program.